The good, the bad and the covered

The good, the bad

Year one of my beekeeping adventures turned out successful in that I failed.

“Success is stumbling from failure to failure with no loss of enthusiasm.” – Winston Churchill

I collected a few pounds of honey out of the Flow Hive supers. I had two hives this year. I had a few swarms, became queen-less, remained patient and let the hive try to make a new queen, then finally purchased a queen. This last scenario, I learned how to introduce a queen into the hive. Ultimately she absconded or they killed her, not sure which but my left hive seemed hopelessly queen-less. No matter what I did, they continued to store honey and remain queen-less until the hive was honey bound. I eventually merged the weaker left hive with my stronger, thriving, right hive. I merged them via a sheet of newspaper between the boxes as described by my mentor. This allows time for the bees to acclimate before they are introduced to one another by chewing through the paper. This resulted in the hive on the right becoming queen-less. Not sure why. I don’t know if the left hive bees killed her, if she left, no clue. I just know that no more brood or eggs were emerging. Again I waited for them to make a new queen to no avail. It finally became too late in the season so I am slowly removing one box at a time and storing the resources for next year. There are many frames full of honey and pollen that can jump start my hives next year.  This year, they had to start from scratch drawing out comb then collecting. Now, all but a few frames are drawn out and I am hoping for more success next spring. So I am taking all the frames out, placing them in a freezer for 48 hours to kill any and all beetles, mites etc. Then putting them back in the box, bagging it and storing it until next year. This has to be done for two reasons: 1. The hive will not survive the winter without a queen and her brood to motivate the bees to cluster and provide heat. 2. A weak hive can succumb to wax moth infestation. Once in the hive, they lay eggs and the larvae eat through the wax comb leaving behind a web like substance that just ruins the drawn comb. You then have to dispose of the comb causing the bees to start completely over in their efforts next season. 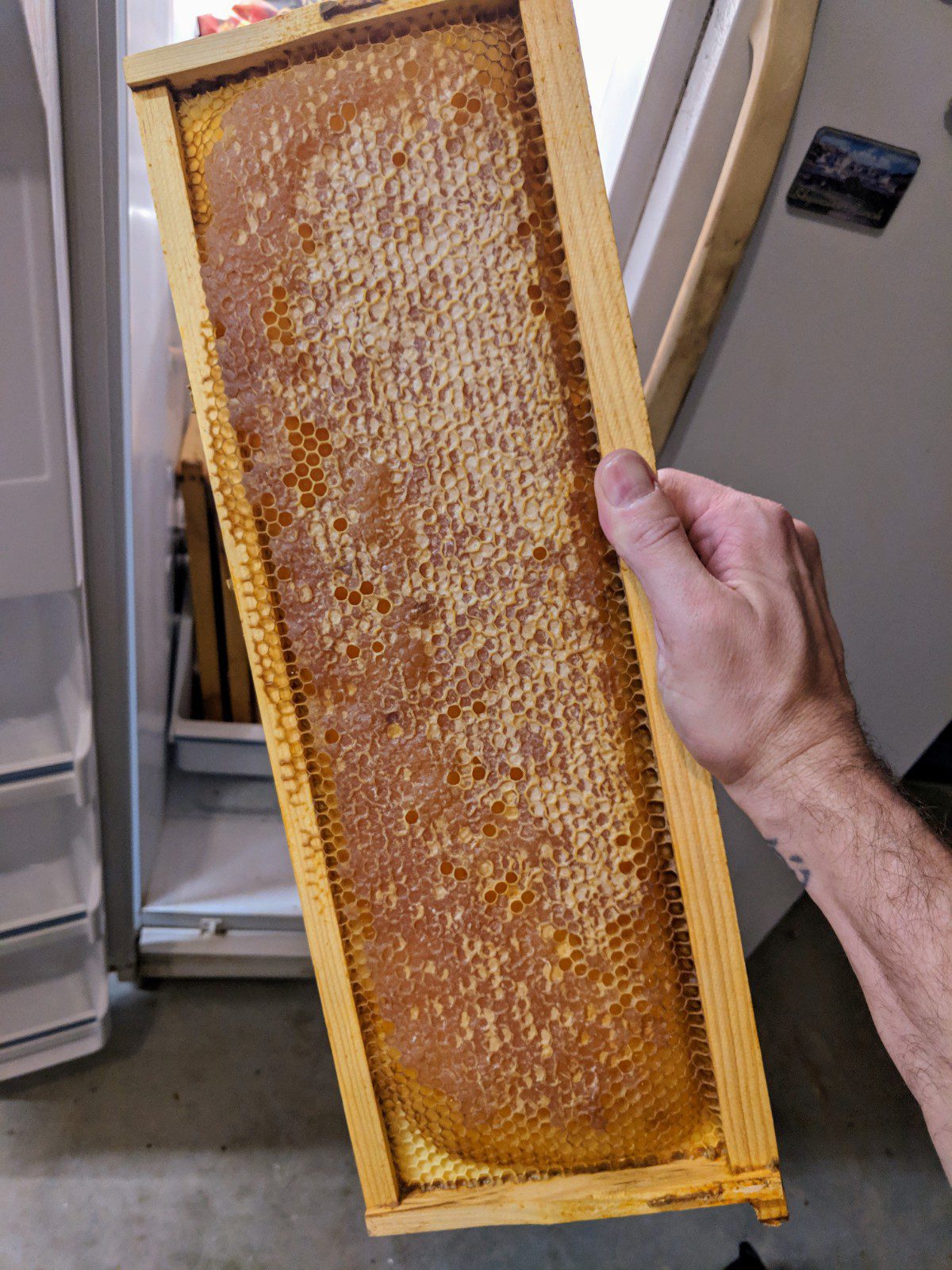 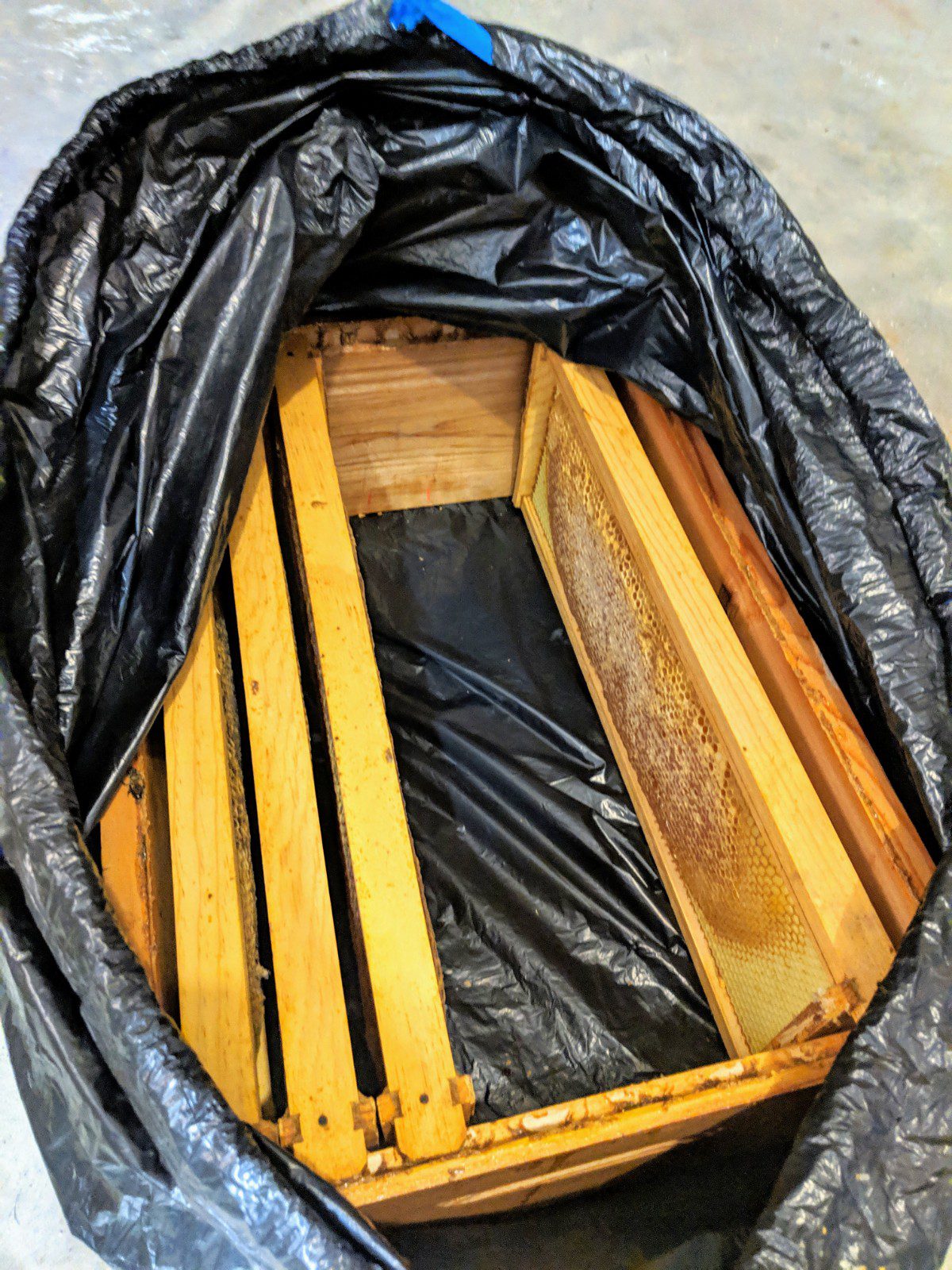 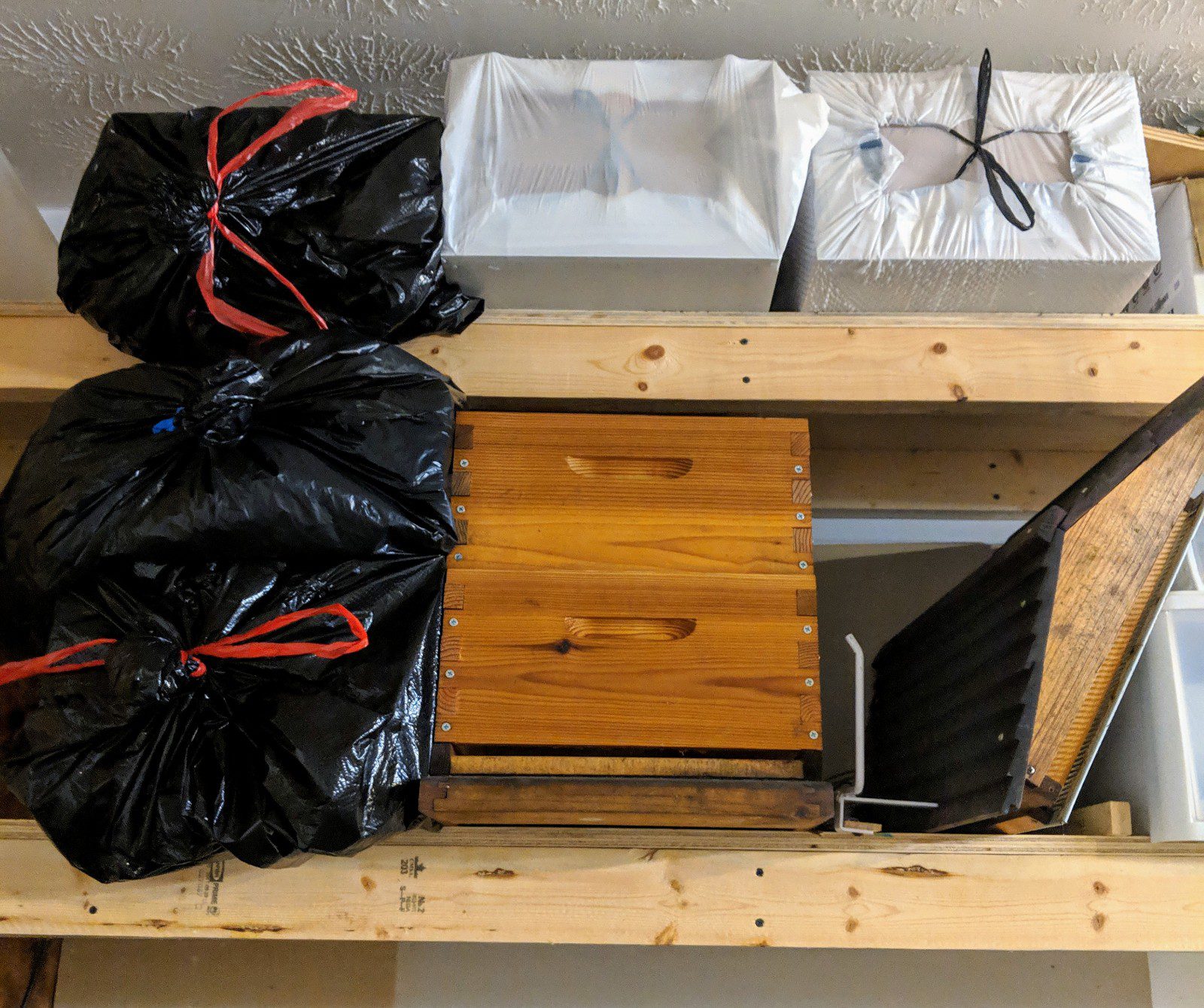 Another thing I learned about this year was mite treatment. Varroa mites are the number one enemy of the honey bees. Also small hive beetles. In the past there have been numerous chemical treatments that you have to do throughout the year, suggested at minimum 3-4 treatments a year. But along comes a heat treatment from Mighty Mite Killer from Bee Hive Thermal Industries. I won’t go into the specifics here as there’s plenty of info out there on it but simply put, you place a smart heating tray into the entrance of the hive that heats up to a temperature that kills all mites and beetles but is still low enough that the bees are not harmed. Since 70%+ of the mites have been discovered in capped brood this results in the bees dragging out dead brood and mites as well as beetles over the next few days or more.

All in all, I have learned a great deal but still feel like I have so much left to learn. My mentor has been doing this for a number of years and has over 85 hives and even he lost 20-25 hives this year for one reason or another. Bee keeping is complex and becoming more and more difficult as the days go by with not only hive predators but the ever-growing epidemic of people using toxic chemicals to treat pests. I remain hopeful in this new mite treatment as it has proven, so far, to surpass anything out there in results and the the remaining hive explodes with bees in the following months as you now have a queen laying eggs in cells without mites. Brood without mites on them as they emerge. Hoping for the days when you see beekeepers get back to hive boxes stacked so high, they have to use a ladder to get to the supers on top.

This week, I started making a makeshift greenhouse out of PVC, plastic and garden hose. I will use this for fall gardening as well as starting earlier in the spring from seeds ( if it works out ). 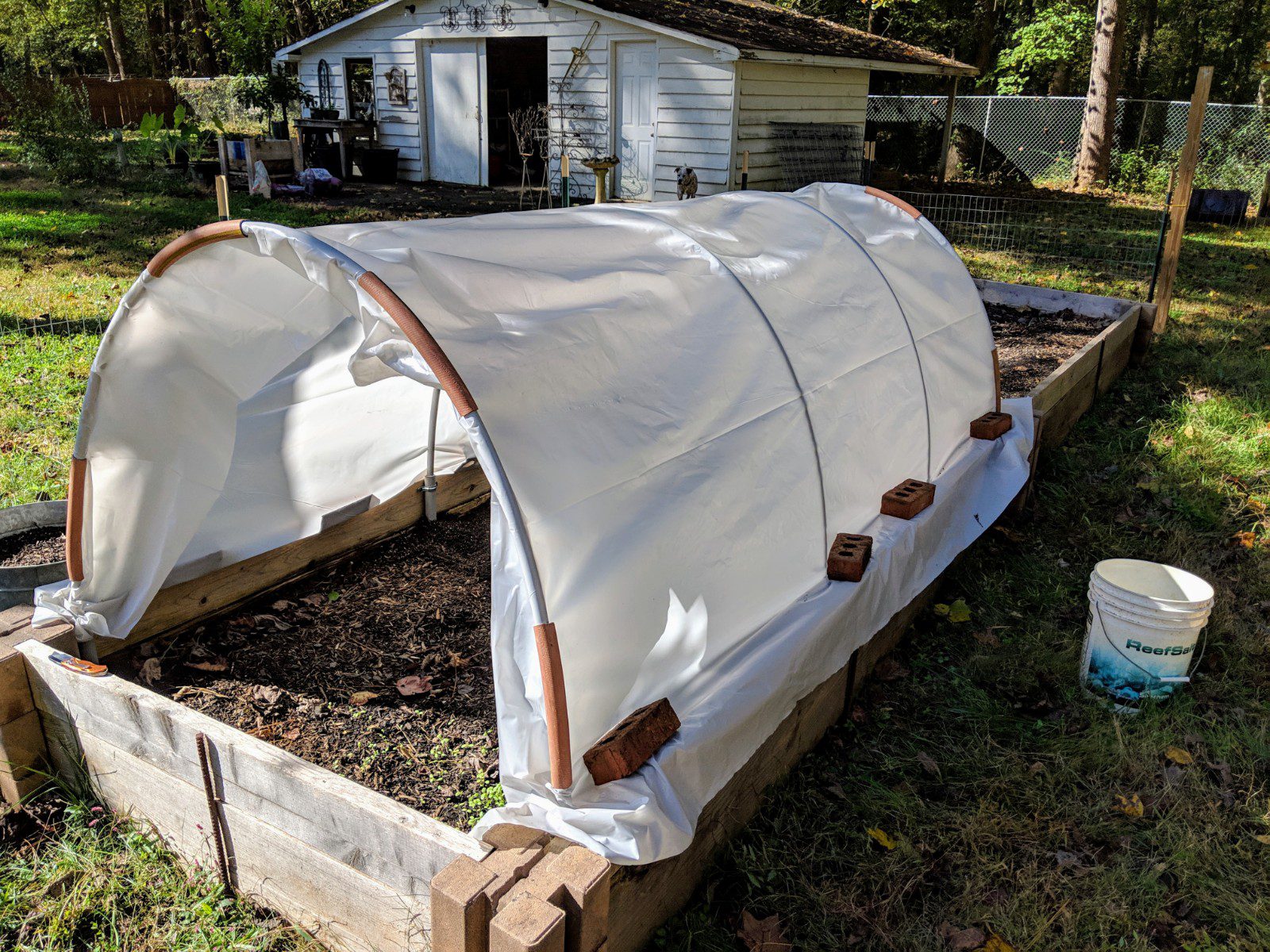 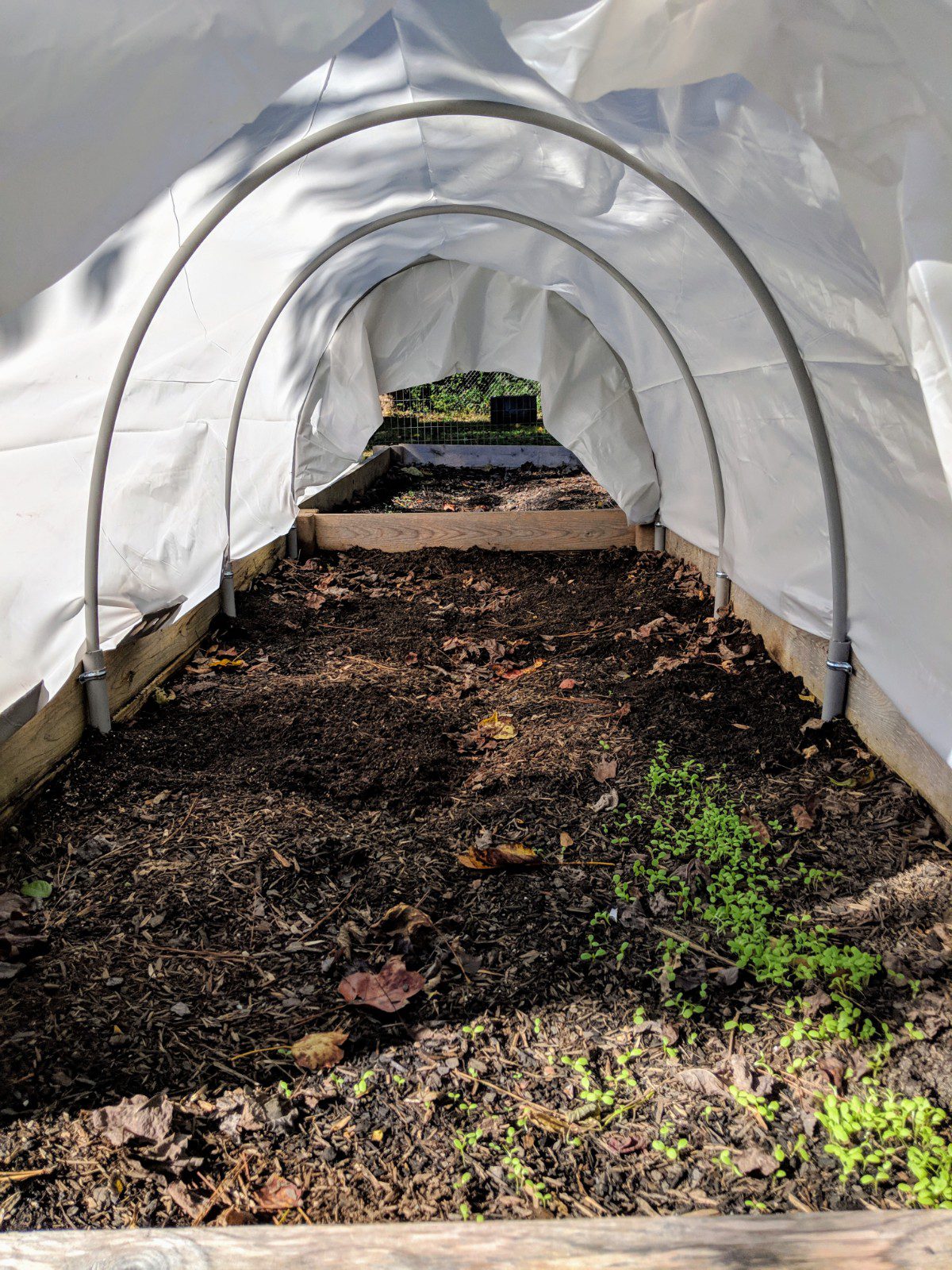 Hello my friend, I just wanted to let you…

Apologies for blowing up your inbox this morning.

I thought I would explain myself after yesterday’s videos,…